As founder and CEO of Launch Media, John has worked on hundreds of projects, spanning industries from industrial construction and HR to nonprofit and healthcare. Over the course of 17 years, he has transformed a startup 2-man video outfit into a full-service multimedia production company with clients across the country and around the world. Awarded the 2015 Baton Rouge Business Report’s “Young Business Person of the Year,” John is a proven leader with a reputation for quality service, management, and execution. As any good leader knows, with success comes philanthropic effort, and John enjoys serving on boards with Preserve Louisiana, Cap City Beer Fest in association with the Companion Animal Alliance, and the Arts Council of Greater Baton Rouge.

Fun Facts:
Grew up on his family farm in a small town
Believes everyone should "always be learning"
Would rather be camping (as his bumper sticker says) #CubScoutDenDadLife Michael Trufant is originally from New Orleans and moved to Baton Rouge in the mid-70’s to attend LSU in General Studies and Journalism. He was a still photographer for the Daily Reveille and LSU’s yearbook, The Gumbo. In the late 70’s Michael transitioned to television news when they were still using 16mm film cameras. He worked for WDSU (NBC) in New Orleans, WAFB (CBS) and WBRZ (ABC) in Baton Rouge until the mid 1980s. He has traveled extensively to video everything from the war in El Salvador to presidential campaigns.

Michael brings to Launch Media a strong depth of business experience, marketing insight, and on-going support. “John has done an excellent job of building a robust digital media service company,” said Trufant. “I continue to support his leadership and assist anywhere I can to help the vision of Launch Media come about.” Whether advising or producing, Michael celebrates the creativity, collaboration and culture that Launch embodies. 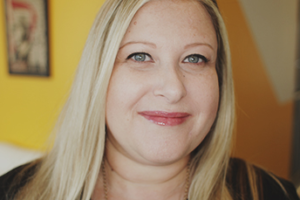 Deirdre is a seasoned producer with over 12 years of experience working in feature films, television, music videos, live events, commercials, documentaries and corporate videos.
From conception to completion, she is very familiar with the different stages of a project’s lifespan. Deirdre has worked with teams both locally and abroad to produce award-winning content and is passionate about all things production. For over nine years, Chris has worked his way up through production, freelancing as a production assistant, an operator, and a Director of Photography. Currently serving as an associate producer, Chris facilitates internal communications with clients and aids the creative director with daily operations. Chris discovered his love for the creative sphere after an internship for TED x LSU, which cemented his ambitions for video production. Having grown up working for his family business in Slidell, Chris understands the best approach needed to address client concerns and build strong relationships.

Fun Facts:
Enjoys rock climbing and biking
Likes cookies and milk for breakfast
Wanted to be an astronaut After growing up in a family business and venturing out to run her own, Trang has cultivated a professional savvy that elevates the flow of the entire LM team. As business manager, Trang oversees all business and financial matters at Launch Media for our clients and our internal affairs. Before joining the LM team eight years ago, Trang was an entrepreneurial powerhouse, working in real estate and managing properties, including gas stations, truck stops, and a casino. Trang earned her Bachelor of Science in Business Administration and options in Advertising and Finance from California State University.

Fun Facts:
Dreamed of becoming a basketball star
Believes active listening is paramount to success
Played the violin in a symphony for 10 years As resident video editor and animator, Taylor's view and approach to moving image creation is not only a holistic one, but an expression of the dynamic and "out of the box" thinking that births interesting visual stories. He enjoys pulling stories out of images and inventing new ways to present an idea to enhance a client’s vision. Taylor started working with Launch Media over four years ago, after leaving his position with Complete Weddings and Events where he was awarded “2016 Lead Videographer of the Year.” As a short film maker, he strives to approach his work from a place of artistry, building on the principles and elements of design to elevate conventional marketing and advertising methods. Taylor earned his Bachelor of Fine Arts with a concentration in Media Arts from the University of Louisiana at Lafayette in 2014.

Fun Facts:
Aspires to be a touring musician and create visual media for his band
Believes that art has healing powers (empirical evidence for it folks)
Avid racquetball player and lover of all water sports 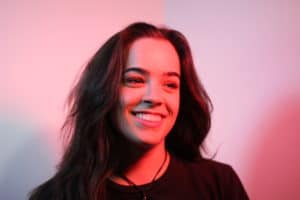 Avery is a recent graduate of Louisiana State University, where she earned her Bachelor of Fine Arts in Studio Arts in December 2019. During her undergraduate career, she worked as a Creative Motion Design Intern for LSU Athletics Creative Services and as an Associate Designer for the Luna Fete Time Travel AR Project in 2018. Her work involved billboard animations, broadcasting packages, and the creation of a 3D environment of the Bonnet Carre Spillway with wind turbines. Avery is a creative problem solver, and she enjoys the challenges and daily excitement of hands-on learning in the digital space. After working with Ryan Golden at LSU, she knew Launch was a great place to begin her career.

Fun Facts:
Her dream is to create 3D visuals for music videos and music festivals.
She has a collection of preserved butterflies.
Her name means "ruler of the elves." A certified “Swiss-army man,” Ari began his media journey at WBRH, Baton Rouge High’s FM radio station. His experiences carried over to LSU, where he studied Mass Communication with a focus in broadcast journalism. Throughout his college years, Ari spent much of his spare time working in student media as a radio news reporter, DJ, photojournalist, videographer, editor and producer. These experiences gave him a chance to see how different forms of media can combine to tell a story in the most effective way. After graduating in 2018, Ari worked various media-related jobs but always found his favorite ones involved cameras. As Launch’s Production Coordinator, Ari maintains an organized studio and equipment inventory while also supporting day-to-day productions as a utility grip, gaffer, and camera assistant.

Fun Facts:
Pretty good with a slingshot
Has a pet Yellow Lab named Trouble
Bought a drone in the hopes of one day flying it commercially 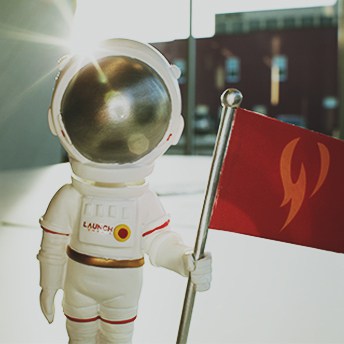 Nearly 17 years ago, J.J. graduated in aerospace engineering at the top of his class. He then earned his PhD in physics at the University of LM Visual Solutions at CBO. As a certified prodigy, J.J. was a top pick for a NASA secret mission to the moon in 2010. It turns out that some Russian agents knocked over the American flag. But, J.J. led the team to victory and managed to replant the flag in the moondust. Footage of the event remains classified.

Best Advice: “Seek first to understand then to be understood.” - Stephen Covey

Best Advice: “Take every opportunity that’s presented to you.”

Best Advice: “Learn how to be an artist before you learn to be a business professional.”

Best Advice: “Stay humble. Roll up your sleeves, and just do the work.”

Best Advice: “Don’t go to space if you like to eat real ice cream.”

Ryan Golden
Back To Top