This year, we worked with BRAC to create three commercials for the BR Works Campaign to promote a new talent matching app that connects job seekers to career and training opportunities and employers to high-quality local talent using a data-driven assessment. We developed, directed, and produced a series of live action videos for use on social media & broadcast outlets.

“You know that feeling you get when you find the perfect job? You will. BRWorks.org will match you with local jobs right here in Baton Rouge that best fit your skills, needs, and experience. Go from job search to career match at BRWorks.org.”

With more than half of the voiceover script dedicated to straightforward information about the services offered, it was really important to create visual interest with the action. Show, don’t tell.

Anyone who has ever been on an extended job search knows that it can be stressful. Since this app is designed to alleviate some of that stress, what better way to convey the release of stress than with some ridiculous fun?

In each spot, we employed sight gags to really emphasize the experience of the question: “You know that feeling when you get the perfect job?”  A sight gag is a visual element, a comedic bit that conveys humor through visual not spoken means of something impossible or unexpected. It’s a tool that creators have used since the days of silent film. And, it’s a strategy we used in BRAC’s BR Works Campaign videos.

Let’s dig into how it works in each spot.

At the BBQ Grill:

In this spot, we see the main cook, who upon receiving a notification about the “perfect job” proceeds to celebrate, conveyed with the exaggerated celebratory hand motions. Pretty standard.

However, as the cook continues to celebrate, there is a brief shift to the cook’s friend who begins to panic because the grill is on fire. Even though the viewer can’t see the blaze directly, we know it’s there. This small injection of humor creates interest in its unexpectedness. And, it’s relatable.

In this spot, we see a father in his kitchen, scanning the paper for new job listings and greeting his wife and daughter as they prepare to leave for school. When he receives a notification about his “perfect job,” the scene around him isn’t enough.

So, the viewer enters the celebration in his mind’s eye where he’s pumping his fits as confetti rains down around him. It’s absurd and unexpected and serves as a juxtaposition with the calm scene of his morning kitchen. As we return to the actual kitchen, he continues to dance in celebration. But, the viewer knows the man is still imagining confetti raining down around him.

During a Yoga Flow:

In the final spot, we see a young woman practicing yoga in a sunroom, surrounded by natural light and plants. When she begins her practice, the viewer expects to see her continue in a peaceful flow. Instead, she hears the ping of the notification and jolts to see her match for the “perfect job.”

As she reads more, wind blows her hair and the french doors swing open behind her, illuminating her face in sunshine. It’s totally over the top. Perhaps how we might imagine ourselves to look practicing a sun salutation. She dances back onto her yoga mat in celebration.

The sight gags in each spot create interest because they develop the experience. The brief narratives bloom, and we can see each character in greater dimension. 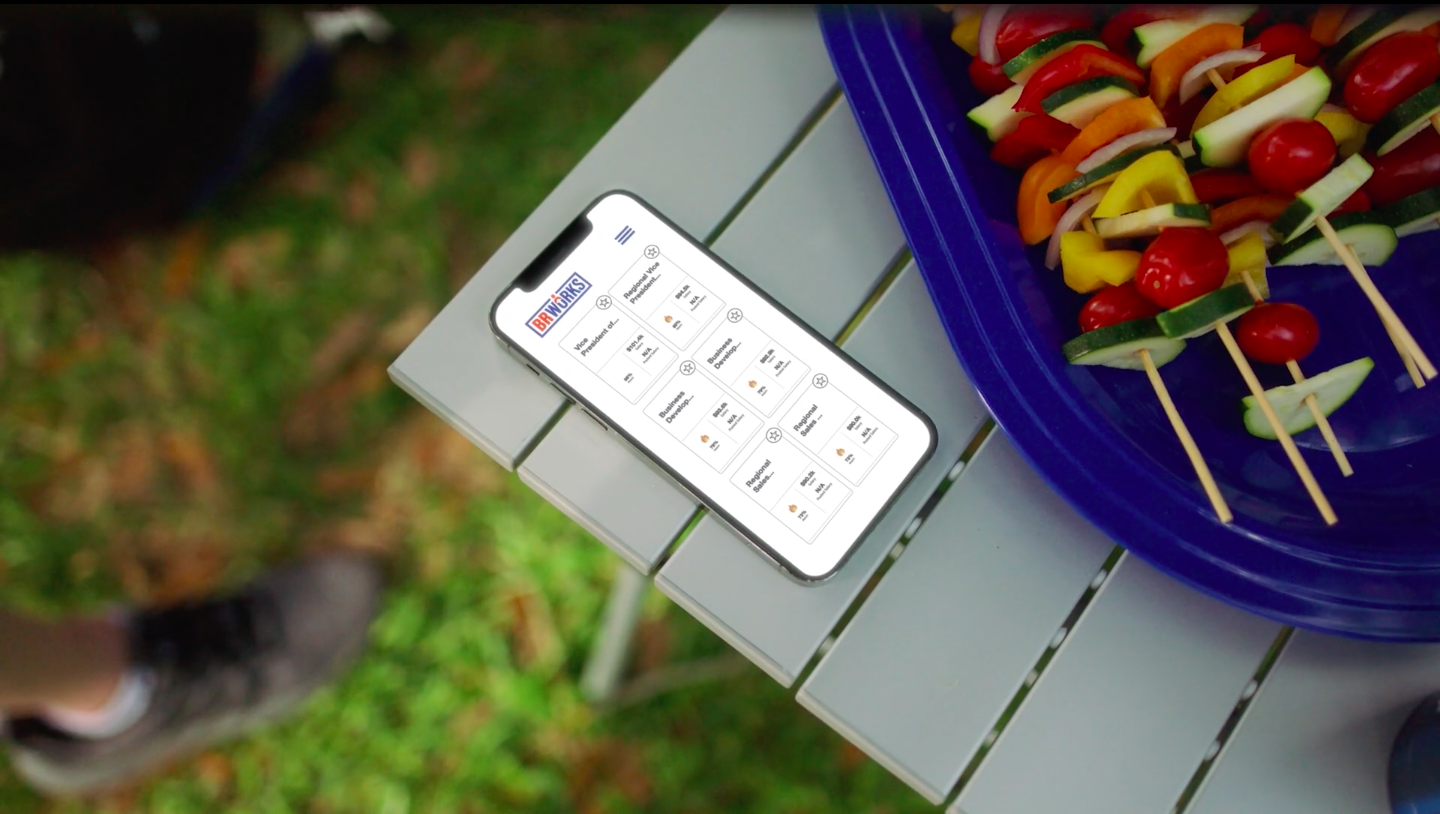 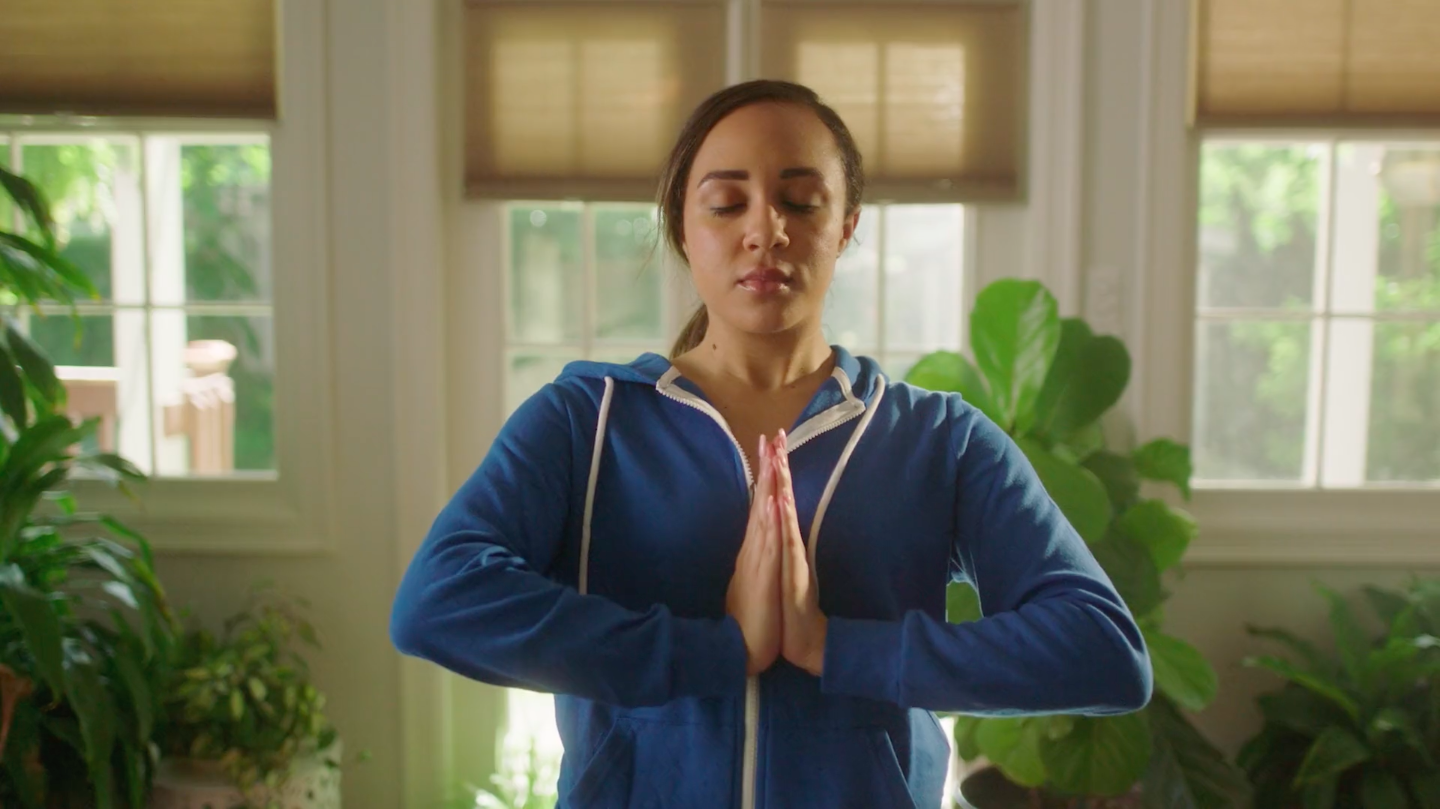 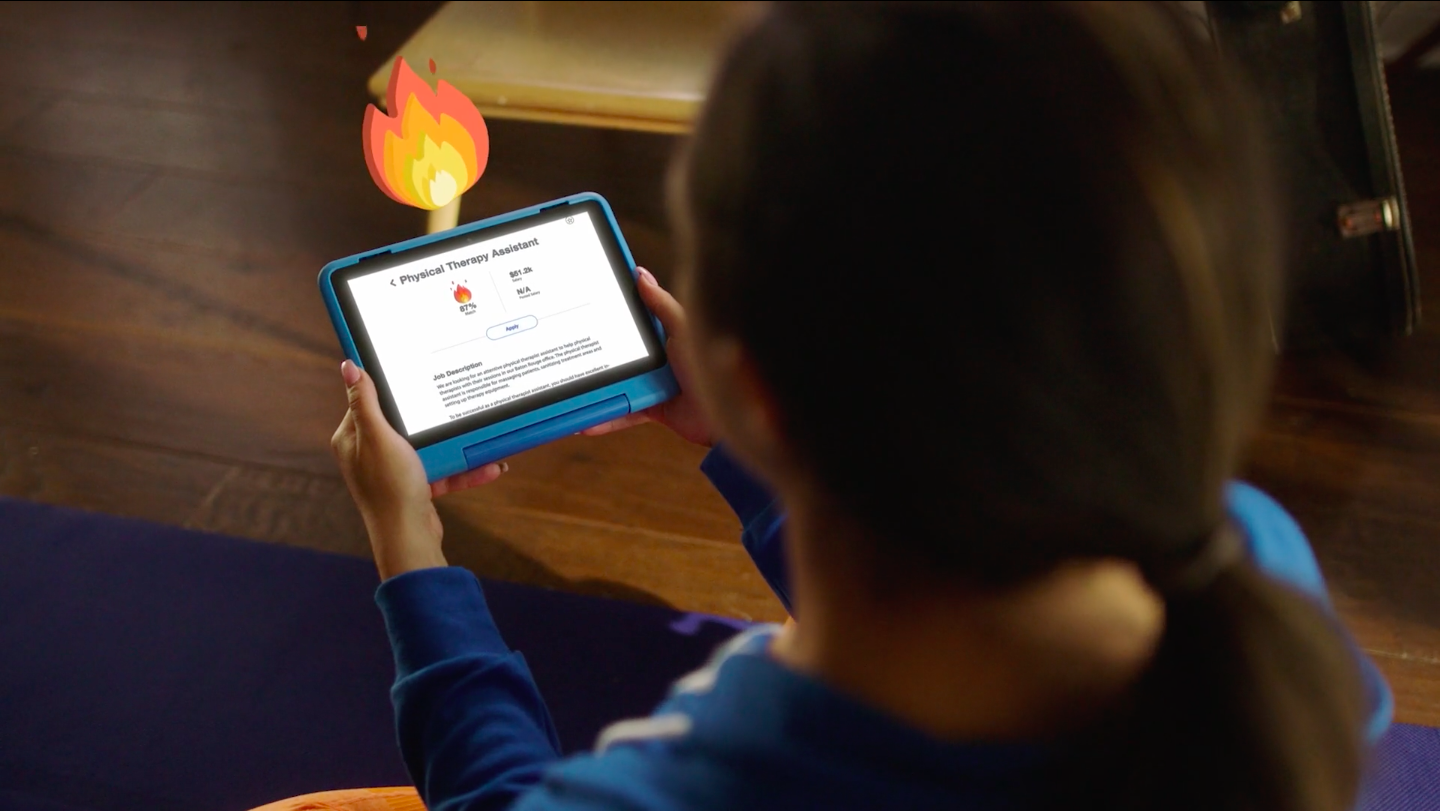